Tiny but Mighty: How Early Intervention Made the Difference

I was a newly-married graduate student at New Mexico State University (NMSU) when I learned I was pregnant.  My husband and I were so excited. That is until we learned I was at high risk for pre-eclampisa.  We were nervous, frightened even.  What would this mean for us, for the baby?  We would take all the necessary precautions including-medication, daily blood pressure checks, and frequent appointments with an obstetrician in Las Cruces and peri-natologist in Albuquerque.

I asked my doctors questions, I researched and read as much as I could about pre-eclampsia.  I thought I was prepared for the possibilities of short-term bed rest or a cesarean-section, but I could never have imagined the moment during my 32-week checkup when the nurse reluctantly said my baby did not have a heartbeat.

Though she didn’t give up and soon discovered those melodious beats, my blood pressure was too far gone; it would not recover.

Soon we were in an ambulance on our way to Las Palmas in El Paso.  I was panicked and with much anxiety, I couldn’t stop thinking, “it’s too early; he’s too little”.

Matthew, our gift of God, would be born at 2 pounds. and 6 ounces.

For the first ten days, my husband and I would only be able to hold interact with him through the holes in the enclosed incubator!  A NICU nurse would have to teach us how to hold him and comfort him in our cupped hands through the holes.

He was tiny but mighty.  Our Matthew was temperamental and did not like his nasal canula or nasogatric tube.  Nurses had to get creative in the way they would tape the tubes.  He would regularly rip them out and set off his alarms!  He was a connoisseur of Sweet-ease (an oral liquid made of sugar to ease the pain).  We soon learned our son was born with a birth defect that would require multiple surgeries later in his childhood and perhaps into his adolescence.  As devastating as this news was, we felt blessed as we did not face many of the potentially severe complications that are typical of preemies.

He just needed time to grow.  We would spend five weeks in the NICU.

As we prepared to come home, we were given folders of instructions and a referral for Aprendamos Early Intervention.  Admittedly, I dismissed it at first thinking it was information about early education and preschool-which didn’t connect as I held my tiny baby. 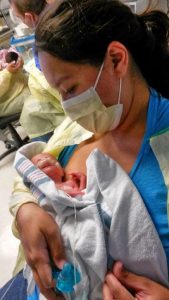 I had spent countless hours reading about the challenges of prematurity, but I was still in such a fog thinking only about getting my baby home and keeping him healthy.

Thankfully, the nurse took a moment to tell us the importance of early intervention.  She counseled us about the challenges that preemies can face in their first few years of development:

It was overwhelming!  What’s next? What other challenges am I not prepared for? What else will he have to overcome?

She stressed how important it would be to address each potential challenge early, and pushed us to connect with Aprendamos as soon as we got home.

I took her counsel to heart and called Aprendamos.  Their team visited our home the morning of our first full day home.  The Aprendamos team would become part of our family for the next three years.

As challenges emerged, the Aprendamos team would deploy the person we needed most!

Challenge: Matthew came home in November, weighing 4 lbs.  We were amid flu and RSV season. Essentially quarantined in our home until March/April.   No-one could come and shower Matthew with new baby snuggles for the first five to six months of his life.  The Aprendmos team came to our home to ensure his health and safety.  Though the Aprendamos team would meet our son months before many of our extended family and friends, they were a great support team also!

PSA…The best thing you can do for your friends and family with at-risk children is GET YOUR FLU SHOT!

Challenge:  Matthew had weak “suck muscles” and gastrointestinal issues.  Whether it was the effects of delayed development or the result of intubation and NG tubes in the early days of his life, it resulted in incredibly difficult feedings and painful reflux and gas.  Feedings and their aftermath usually included lots of tears for both of us. Calories and nutrients were the keys to his continued growth. 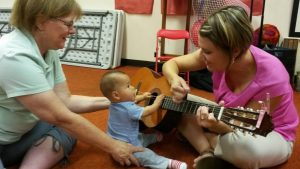 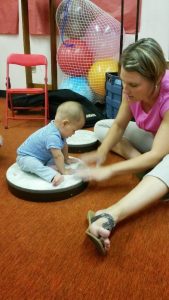 I have no doubt that our family’s partnership with Aprendamos resulted in positive medical outcomes and developmental progress for our son.  Our family was supported and well-adjusted as we learned about early intervention.  Over the course of the three-year partnership:

Through all of that, the Aprendamos team would work with us to prioritize Matthew’s development and progress.  It wasn’t always easy to keep up with the scheduling of appointments/activities with his team, but it was worth it!

Matthew is an energetic, happy, and thriving six-year-old. Yes, he still faces medical and emotional challenges associated with his prematurity.

We moved out of the Aprendamos service area in 2015, but we have taken many lessons from our early-intervention practices with us along the way.  Today, Matthew is confident and at ease when he interacts with medical professionals.  Our family is empowered to ask questions and be the advocate in our son’s life. 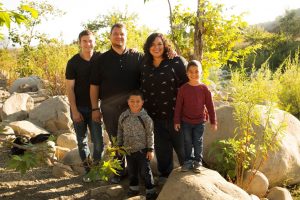 Our Go-to Resources in Those Early Years:

My NICU Baby App (This was not there when we were going through it, but it looks great!)

Marcella is the owner of Shelby Solutions and a teacher of economics at Dona Ana Community College, California Lutheran University, and Oxnard College.  As a NICU Mom, Marcella quickly learned the value of celebrating each successful step toward a goal.  In the NICU, each milliliter and gram mattered!  In January 2020, Marcella launched Sweet ADVENTure, a curated, online catalog of advent calendars and fun countdown products.  Matthew is a vibrant 6-year-old who loves kindergarten, swimming, and riding his bike. 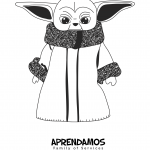 May The 4th Coloring PagesNews & Events 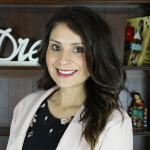